The Conservation of Agriculture Resources Act [CARA Act 43 of 1983] was primarily aimed at conserving agricultural resources of our country, but in 2001 invasive alien regulations were introduced under CARA. As of now the regulations list 198 legally declared IAP’s and classify them into 3 categories.

Category 1: Plant species that may not be grown and must be eradicated.

Category 2: Plant species with commercial or utility value which may only be grown with a permit under controlled circumstances in a demarcated area and not within 30 metres of the 1:50 year floodline of watercourses, lakes, dams & wetlands.

Category 3: Plant species that have amenity value but may no longer be planted, propagated, imported or traded. Existing plants may remain except within the 1:50 year floodline of watercourses, lakes, dams & wetlands.

The above booklet for R30 has a wealth of information and can be purchased from WESSA. [Wildlife & Environmental Society if SA].

Numerous Eucalyptus species have been introduced into South Africa, mainly for timber and firewood but also for ornamental purposes. They are popular with beekeepers for the honey they provide. However, in South Africa they are considered invasive, with their water-sucking capabilities threatening water supplies. They also release a chemical into the surrounding soil which kills native competitors.

The genus Eucalyptus has the highest number of invasive species in the myrtle family in South Africa. The eucalypts are best known for their commercial use as timber trees and windbreaks. They are also cultivated for shade, firewood, ornamental purposes, and honey production. The South African public is often surprised to hear that some species are invasive and a threat to the natural resources of the country. The listed species are Eucalyptus camaldulensis (Red River Gum), E. cladocalyx (Sugar Gum), E. diversicolor (Karri), E. grandis (Saligna Gum), E. lehmannii (Spider Gum), E. paniculata (Grey Ironbark), and E. sideroxylon (Black Ironbark).

They originate from Australia and are invading watercourses, forest margins, forest gaps, and fynbos. With the exception of spider gum, all are recognised as being valuable commercial or utility trees and may be cultivated in demarcated areas under controlled conditions. They are prohibited outside demarcated areas.  Spider Gum has been listed as a category 1 plant (prohibited) in the Western Cape, as it is a serious threat to coastal fynbos and its use as a sand-binder and windbreak could be performed by other, non-invasive species. The common name probably alludes to the spider-like inflorescence with its strange elongated, curved bud caps covering the stamens.

Eucalypts are well known for their ability to use large volumes of water, which increases with growing availability of water, for example, along watercourses. All the declared eucalypts invade watercourses and according to CARA, they should be removed from these habitats. Red River Gum, in particular, can form extensive stands along watercourses and is one of the primary target species for removal by the Working for Water programme, South Africa’s largest and most costly alien plant control programme. Red River Gum is the most widespread eucalypt in Australia, growing along and near watercourses, and potentially has a very wide distribution in South Africa. Sugar Gum and Karri have been cultivated mainly in the Western Cape and it is here that they are invasive. Saligna Gum is better suited to the more tropical regions of KwaZulu-Natal and the northern provinces and is invasive in these regions. Grey Ironbark is suited to the warm and humid summer rainfall zone, but little data is available of its naturalised distribution. Black Ironbark is adapted to the dry and cold interior. 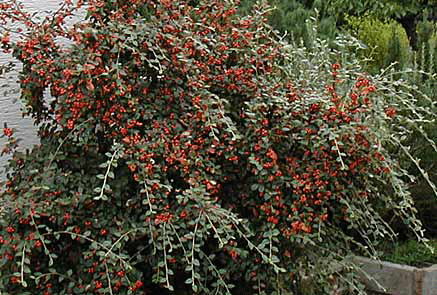